Putting The Spotlight On Failure

Design is seen as a practice that strives for perfection. What most people don’t know is that failure plays a huge role in design.  When designers go through multiple iterations for a project, they are adapting from their mistakes. Some of the greatest inventions of all time would not be around if it wasn’t for the unsuccessful attempts that came before.

Our design thinking team had the opportunity to visit the Museum of Failure. The Museum of Failure is a collection of failed products and services from around the world. According to the curators, most of all innovation projects fail and the museum is intended to showcase these failures. Every item provides unique insight into the risky business of innovation. The museum is curated by Dr. Samuel West, licensed psychologist, PhD in Organizational Psychology.

According to Dr West, “Innovation and progress require an acceptance of failure. The museum aims to stimulate productive discussion about failure and inspire us to take meaningful risks”

The museum was full of engaging exhibits, but here are a few that caught our eye: 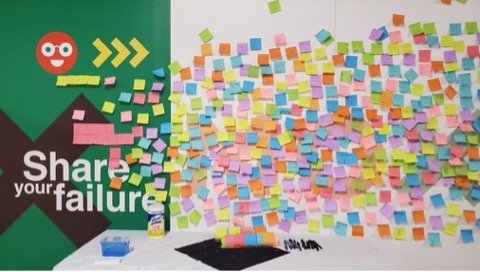 An interactive exhibit at the Museum of Failure featuring a wall of post-it notes with the caption ‘Share your Failure’. Post-it notes were provided for individuals to write and share their greatest failures on. 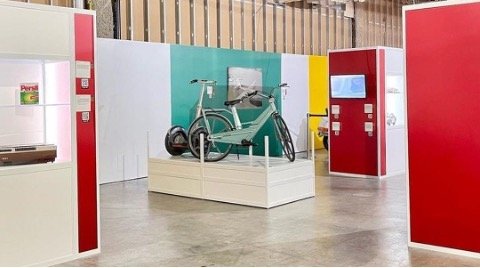 An exhibit at the Museum of Failure featuring a poorly designed bicycle. Source: https://curiocity.com/museum-of-failure-calgary-tickets/ 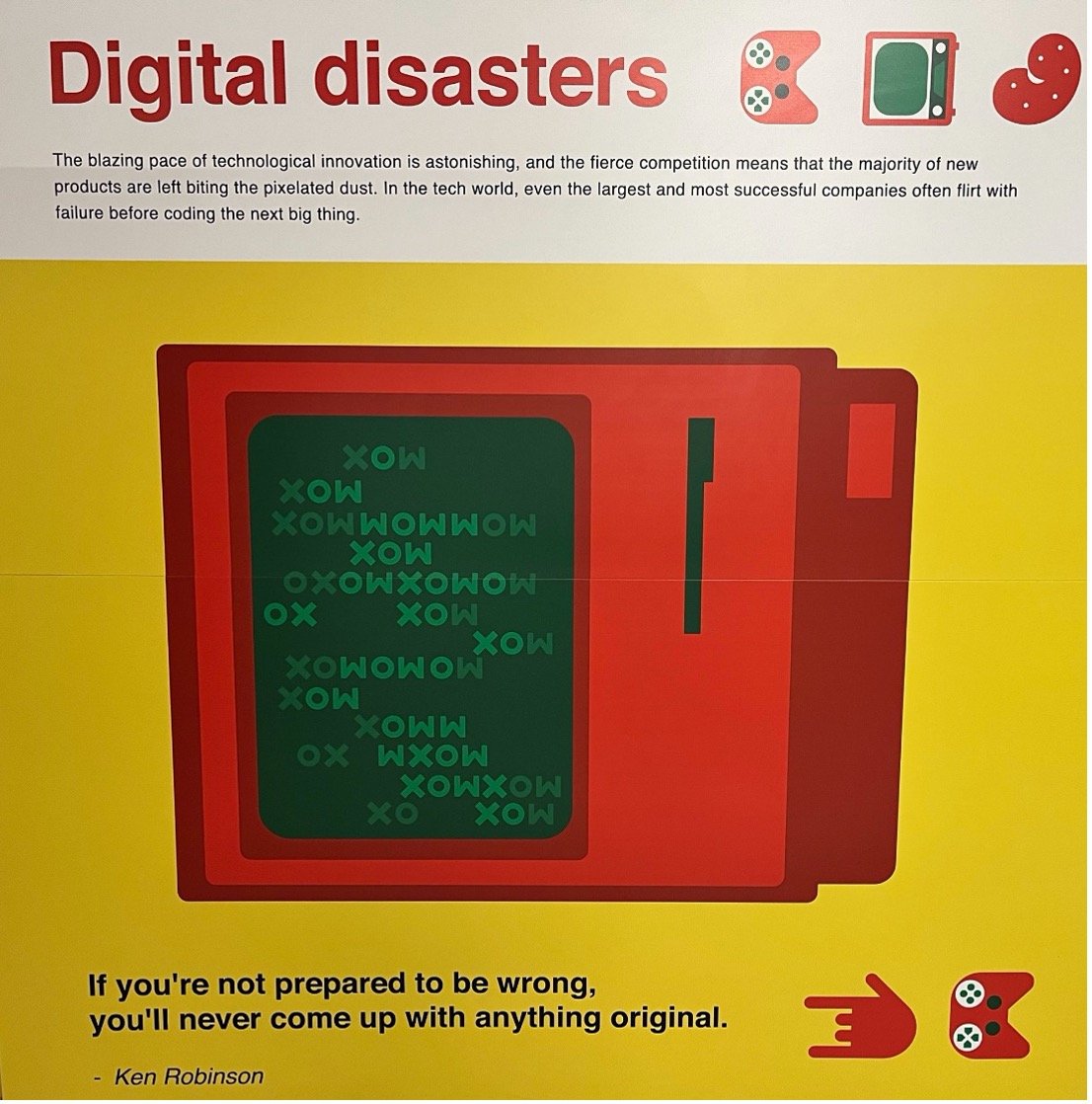 Digital disaster had a lot of interesting failures and were a key feature in the museum. 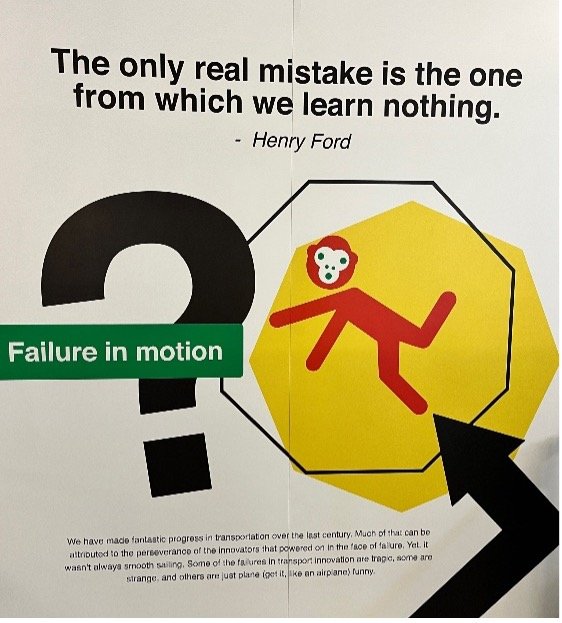 A sign from the Museum of Failure featuring a Henry Ford quote regarding failure and a related visual. 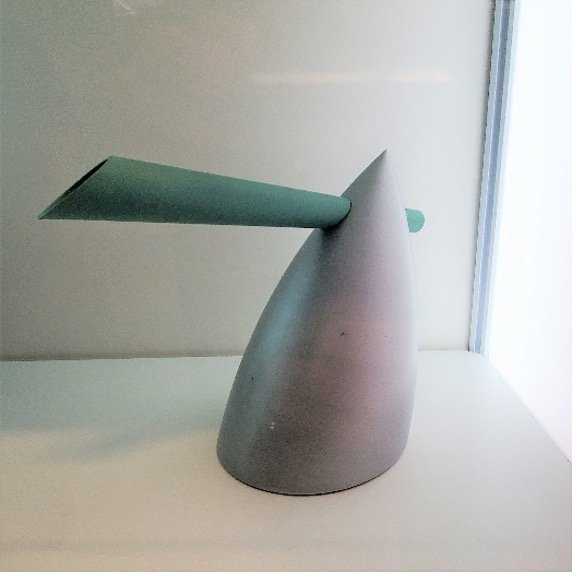 Can you imagine using this kettle? How do you get the water in and where’s the handle!?

A design failure is exactly what it sounds like: a design that has completely failed. Failure can occur anywhere in the process of design and its delivery. History proves that products have been created that not only avoid solving their original problem entirely but also occasionally have resulting negative consequences.

It is essential to design for failure. Devoting all attention towards designing for a successful scenario leads to a half-done job. To design for failure, the designer must figure out as many reasons as possible as to how the design could go wrong. A system designed for failure is more capable of self-healing when the worst happens.

We noticed there are some common themes behind why products fail.

The Three Lenses of Innovation

In the end, all the products in the museum failed to account for at least one of the three keys to innovation: feasibility, desirability, and viability.

The key to successful innovation is viewing the challenge through all three lenses. Innovation happens at the intersection of these three lenses. This is known as the sweet spot. 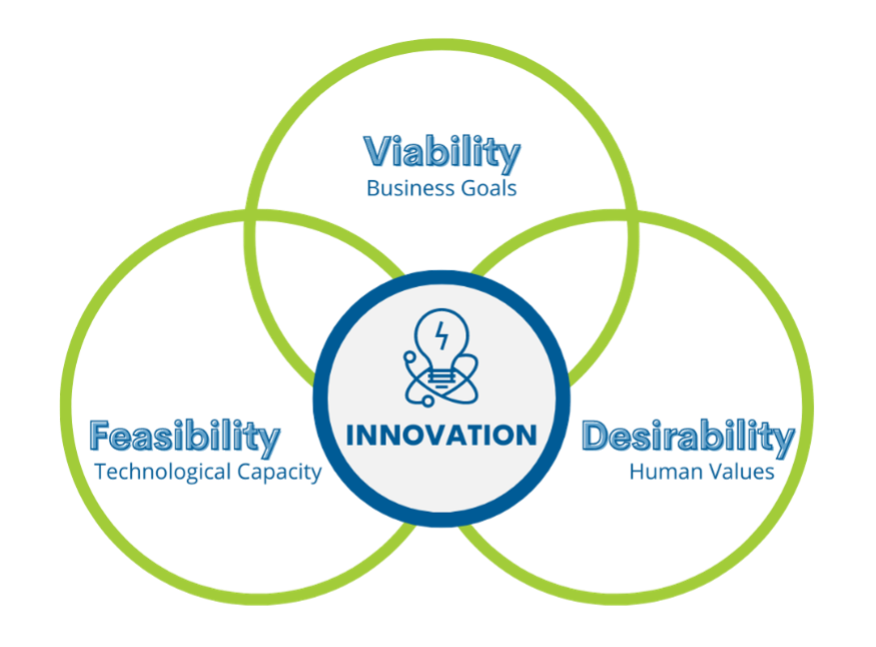 Failure is inevitable. Nothing can be done perfectly from the first try, not even design. Even designers with years of experience are bound to make mistakes along the way. Accepting this can lead to a more positive outlook during the design process. By not being afraid to fail, designers can put forth their most outlandish ideas. The fear of failure is what often holds creatives back when it comes to executing their ideas.

We can’t promise you that adopting a design thinking approach for your innovation projects will eliminate failure (although the extensive end user research and testing does give you a better chance of success). We can say that it will help you fail faster – when the stakes aren’t as high!

So, what did we learn? Don’t hide – embrace and learn from your failures! It’s all part of the design thinking process. Innovation and progress require an acceptance of failure.

"Failure is only the opportunity to begin again more intelligently."
-- Henry Ford

A conversation heard during a recent prototype usability testing session:   Facilitator: “Do you think you would like to use ...
Start Reading
4 min read

If we were to casually poll people on the street as to the meaning of innovation, we’d probably get a predictable range of ...
Start Reading
3 min read

Starting a New Project: The Value of Digging Deep Early

Bespoke development and other ERP tailoring can be very time-consuming when not executed correctly, leading some to believe ...
Start Reading